The Advantages of using Security Cameras

A security camera also known as Closed Circuit Television (CCTV) is one of the wonders of modern technology. It is a security system that uses a camera, a display monitor and a recording device that are directly connected to tape the happenings within a given area. Technology is like a double edged sword and it brings with it innovations that require an upgrade every now and then. There are so many benefits associated with having a CCTV device and majority of the people who have used them have in one way or the other reaped the benefits. The most common benefits however include:

Reduce the rate of crime

The biggest and probably the most obvious benefit of having a security camera installed in your premise is that it reduces crime. The sense of security that the cameras bring is priceless. The sight of a camera and the thought of being caught deter crime as they intimidate mischievous people from conducting their illegal acts. Security cameras prevent your home or office from being an easy target.

Monitor activities around a given area

Security cameras make work easier as they can be placed anywhere as long as there is a power source close by. CCTV cameras come in all shapes and sizes and can be discreetly placed in desired places. When purchasing one, it all depends on your needs, whether you want a hidden camera or the mountable visible ones. Security cameras also help you monitor the activities around your home or office.

There have been instances where the law caught up with criminals with the help of CCTV footages. This only shows that security cameras installed in strategic places come in handy when there is need to monitor the happenings around your home, office or business. The modern cameras have high quality audio and video capabilities making them more efficient in recording the activities within the given area. It therefore becomes easier to see the series of events as they unfold.

With footages from CCTV cameras, it becomes easier to make fair decisions when settling disputes or taking legal actions. All doubts can be laid to rest when a CCTV footage is followed keenly. It doesn’t matter whether it is a family feud, disagreements among employees or between a client and a staff. CCTV footages with clear audio and video signals also help in clearing fabricated stories. 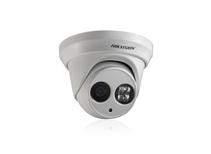 A CCTV camera is one way of curbing crime

If curiosity is getting the best of you or you are just in need of knowing something that happened say a fortnight ago, you simply go through the CCTV footages. Security cameras have a systematical way of recording and documenting everything therefore, it becomes easier to retrieve any kind of information from any date and time. The cameras chronicle every little thing that happens.

Critics say security cameras stir up controversies especially in professional setups where security cameras are installed in offices. Although the critics argue that such cameras subject employees under constant surveillance, the benefits of CCTV cameras still outweigh its disadvantages.