Mombasa played host to the launch of Kenya Internet Exchange Point on 23rd of June, 2016. The event was organized by Technology Service Providers of Kenya (TESPOK) in collaboration with the Ministry of Information, Communications & Technology through the infrastructure and Energy Department (African Union). The launch was officiated

by H.E. Dr. Elham Ibrahim who is the African Union Commissioner for Infrastructure and Energy alongside Mr. Victor Kyalo who is the Principal Secretary in the Ministry of Information, Communications and Technology. Other leaders in the industry were also in attendance. 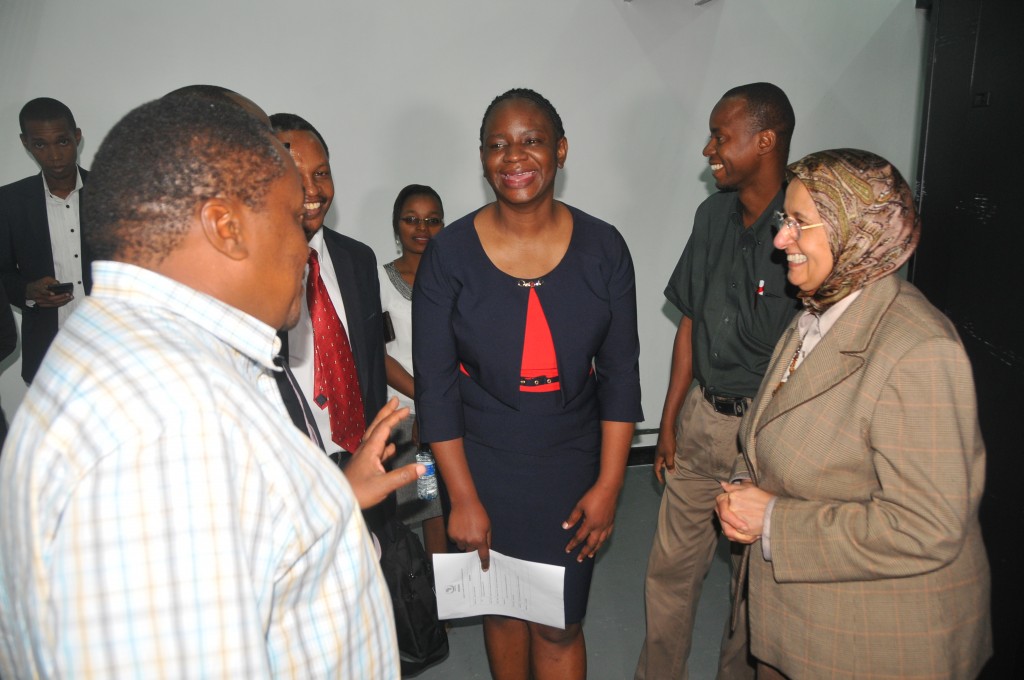 AU Commissioner for Communication, Infrastructure and Energy H.E Dr. Elham Ibrahim (R) together with other participants at the launch

The theme of the launch was “to manage the Internet Exchange Point in line with internationally accepted best practices.” During her speech at the launch, Dr. Elham said she was satisfied by the speed at which internet connectivity is growing in Kenya. She further stated that her organization is committed to improve the size of the region’s exchange points. This she said while encouraging stakeholders to come up with similar projects in order to keep up with technological advancements around the world. 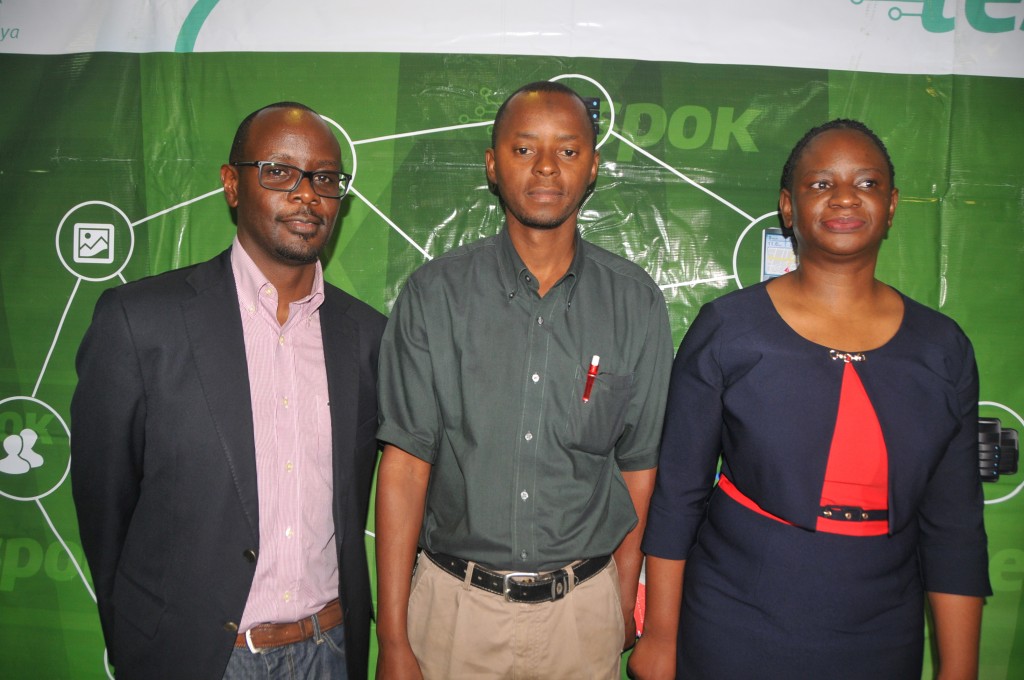 Ms. Fiona Asonga (R), CEO TESPOK KENYA with other participants at the launch

“Access to information and knowledge is a pre-requisite to achieving development goals set by Africa. I therefore call upon the public sector, private sector as well as the civil society to partner and find effective and innovative ways to put the potential of ICT at the service of African citizens.” Dr. Elham concluded.
Also speaking at the launch was TESPOK CEO Fiona Asonga. She said she was grateful that the AU had funded the exchange point which will greatly improve service in the region. “We are encouraging the government to support ICT Development in the country by initiating projects that improve service provision.” Ms. Fiona said. 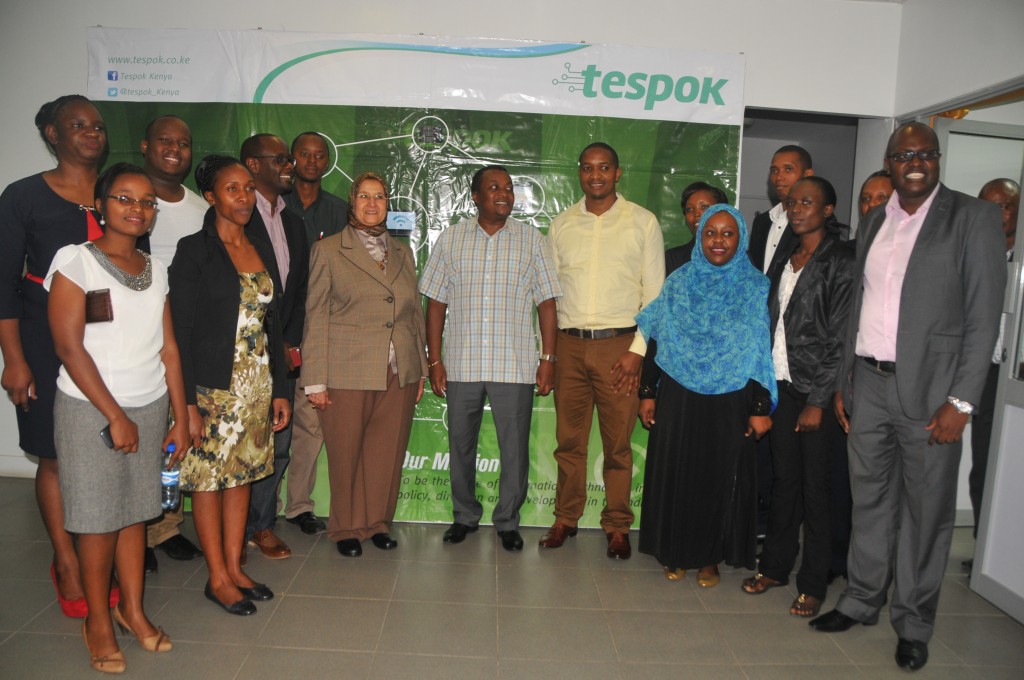 A group photo with some of the participants at the launch

The launch was also attended by the Principal Secretary in the Ministry of Information, Communication and Technology Mr. Victor Kyalo. During his speech, he said that the Ministry was keen on enhancing local connectivity and also revealed that the country’s growth in the internet sector was competing with the most technologically advanced countries in Africa. The main benefit of a local Internet Exchange Point (IXP) is that it will improve regional traffic as explained by Mr. Kebaso G. Makogi, the Chief Services Officer at Telkom Kenya. “We no longer have to rely on the exchange center from as far as Amsterdam or even Nairobi for local communication. That will no longer be the case as we will not rely on remote centers again,” he explained.
Among the participants at the launch were representatives from Kenyaweb.com’s branch in Mombasa. Kenyaweb.com was pleased to get the invitation to attend the launch of the IXP in Mombasa. It was a learning experience at the launch and the representatives who were in attendance were of the opinion that such programs be launched countrywide. This will improve regional traffic and communication as Mr. Kebaso noted. It will also help in supporting the growth of African IXPs through the provision of capacity building and technical assistance. 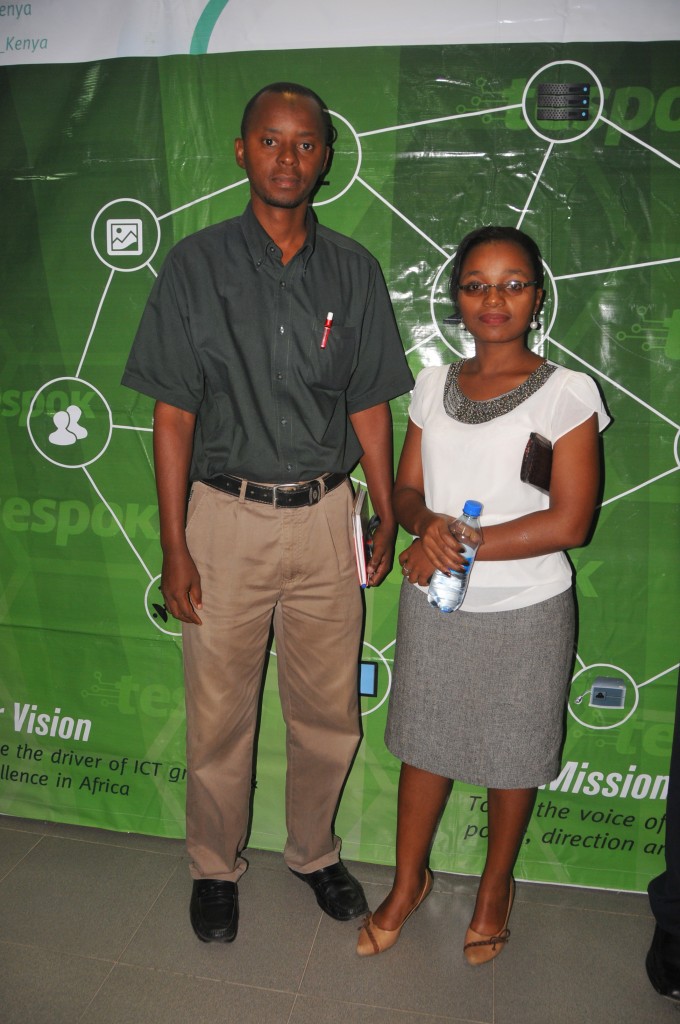 Kenyaweb.com Representatives at the launch